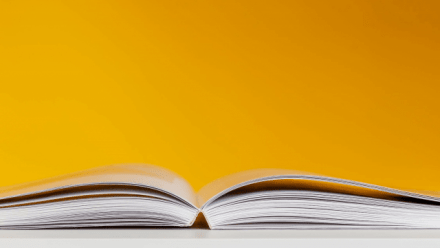 The Reading Group is chaired by PhD scholar, Josh Newham, and began last year. Previously it was a gathering of ANU scholars interested in Deep History. The current pandemic has prompted an expansion of the group beyond the ANU, including Collaborating Scholars from interstate.

In this fourth meeting since the initiative began, Josh provided a chapter from Steve Webb’s Corridors to Extinction and the Australian Megafauna titled ‘Australia: From Dreamtime to Desert’.

In his invitation, Josh said that he found the chapter to be a particularly engaging and enjoyable romp through 4.5 billion years of history and one that somewhat blurred the lines between Big and Deep histories, Environmental History, Archaeology, Palaeontology, Anthropology, Geology and Geography.

The abstract described the chapter as “an overview of the 4.5 billion year evolutionary history and biological development of Australia as a continent. There is particular emphasis on documenting the salient palaeontological discoveries which have occurred in Australia. That includes some of the earliest examples of evolutionary change among the planet’s biota. This chapter also charts Australia’s continental evolution parallel to these events and its development as the driest inhabited continent in the world. Ice Ages and deserts have their introduction here as an indication of what there is to come in later chapters.”

Josh commented that he thought that the abstract didn’t do the chapter justice as it was a wide ranging and erudite read.

Our lively conversation included Josh and Julie from the Centre, Collaborating Scholars Greta Hawes and Linda Barwick, as well as Julie Hotchin from the School of History.

The group commented on the chapter’s expansive coverage, its elegant, crisp and individual style, clear narrative thread connecting the deep past to the present, and on the ways in which the author’s approach centred the landscape as an active character in the narrative.

That said, the chapter certainly received some critique: its lively style was read as both annoying and charming, or both at the same time. Some readers noted a tendency towards a moralistic tone, and most critically, much evidence was not referenced. Rather, Webb simply acknowledged the scholars from whom he had drawn the evidence.

Unfortunately too, the opening of the chapter, which makes reference to Australian Indigenous ontologies and ‘Dreamtime’ was never engaged with again. This salutary reference to Aboriginal culture in the chapter felt somewhat cursory as no Aboriginal perspectives were included in what turned out to be a very scientific narrative of glacial maxims, paleogeography and Darwinia evolution. As these issues and the larger debate around megafaunal extinction feed into ongoing debates around colonisation, genocide, climate change and the anthropocene, the lack of Indigenous perspectives on the deep history of the Australian continent in the chapter was a missed opportunity that may have enhanced it.

The reading group will reconvene mid-May with a new reading by Dennis Byrne entitled ‘Deep Nation: Australia’s Acquisition of an Indigenous Past’. If you are interested in participating please contact joshua.newham@anu.edu.au.