» News » Black Friday Bushfires and the Beginning of the Stretton Royal Commission: January 1939

Black Friday Bushfires and the Beginning of the Stretton Royal Commission: January 1939 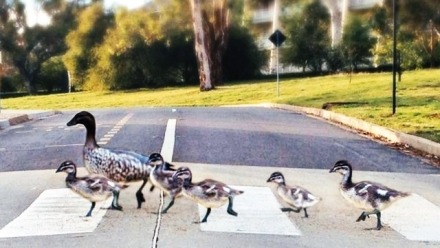 A house used for shelter in the town of Matlock during the Black Friday fires. Courtesy of Department of Environment and Primary Industries, Victoria.

This Friday 13 January marks the 78th anniversary of another Friday 13 January; one that is remembered as a devastating disaster and landmark moment in Australia’s environmental history. A long drought, record-breaking temperatures and high winds culminated in the Black Friday bushfires of 1939. Seventy-one people were killed, entire towns destroyed, and millions of acres of forest burnt. Until the similar horror of the 2009 Black Saturday bushfires, Black Friday was regarded as the single worst day in Victoria’s history, and echoes of the disaster can still be felt in Victorian summers today. January also marks the anniversary of the beginning of Judge Leonard Stretton’s Royal Commission, engaged on 27 January to determine the causes of the bushfires and investigate possible future measures to protect life and property.

The Stretton Commission collected testimony from hundreds of witnesses across 34 days of hearings, and collated over 2,500 pages of evidence and testimony.  Judge Stretton wisely decided to travel and conduct hearings in the regions most affected by the fires, and this democratic move combined with the open nature of the hearings helped ensure the generation of a great deal of public comment. The transcripts reveal a political ‘blame game’ and provide fascinating insights into understandings of the natural environment in Victoria in 1939. One major feature of the Stretton Commission was debate among witnesses as to the cause of the fires, and the best fire management strategies to prevent future conflagrations. A.E. Kelso of the Melbourne Metropolitan Board of Works drew upon American scientific sources to argue for a policy of complete fire suppression; one that would allow the forest to achieve a ‘climax state’ with a closed canopy and ‘clean’ forest floor that would theoretically resist large fires. The Victorian Forests Commission shared the belief that the deliberate application of fire was harmful to the forests it administered, but argued that this climax state was an impractical goal and therefore some strategically-sited burning along protective strips would be needed. This differed from the ‘broadcast burning’ aimed to reduce fuel over large areas which was advocated to the Commission by many graziers, dairy farmers and timber workers.

The Stretton Commission transcripts also reveal debate about the extent, impact and purpose of pre-colonial Aboriginal burning amongst foresters and graziers – a debate occurring decades before academics such as Bill Gammage, Tim Flannery and Rhys Jones popularised their understandings of Aboriginal burning to broader Australia. C.E. Lane-Poole, renowned forester and Inspector-General of Forests for the Commonwealth, stated that the nature of pre-European fire patterns was “one of the most important investigations” being examined by the Commonwealth’s Forestry Bureau. Lane-Poole presented evidence of tree ring growth patterns and pollen particles found in lake sediments to argue that “fires in the blackman’s country” were less intense and less frequent than those following the arrival of Europeans. Kelso of the Board of Works agreed that fire regimes had changed following colonisation, but despite implicitly acknowledging the theorised effect of Aboriginal burning both Kelso and Stretton regarded the pre-colonisation forests as existing in a “virgin” or “natural” condition”.  Interestingly, the grazier Peter O’Mara referenced the journals of European explorers to argue that the cessation of Aboriginal burning had resulted in thickened forest undergrowth, and even claimed that Indigenous Australians “grew” the forest. This claim preceded Rhys Jones’s theory of Aboriginal ‘fire-stick farming’ as deliberate and systematic by several decades. Dairy farmers and graziers such as O’Mara argued that Indigenous Australians regularly used fire to promote vegetation growth and attract game for hunting; in doing so, graziers conducting burning for ‘green pick’ were positioned as the apparent heirs of Aboriginal burning. Such arguments continue today in debates over grazing in alpine areas.

The Report produced by Judge Stretton is a masterpiece. Tom Griffiths of the School of History at ANU has described it as the most enduring literary legacy of Black Friday, and pointed to its inclusion on Victorian English school syllabi as evidence of its eloquence and power. Stretton’s poetic language is far removed from the bureaucratic tone and ever-increasing length of more recent post-fire inquiries. In terms of the Report’s impact on policy, it has been argued that Stretton paved the way for the ‘Australian strategy’ of prescribed burning for fuel reduction to become canon across the burning continent. Indeed, Victorian Premier Steve Bracks took the Report home for his weekend reading in the midst of the 2002-3 Canberra and Alpine fires. However, another legacy of the Stretton Commission is the political debate over fire management (especially the role of prescribed burning) revealed in the transcripts, and the manner in which understandings of Aboriginal burning were used to support or criticise policy recommendations. The Commission helped set the stage for later politicised debates, and established a pattern of post-disaster judicial and parliamentary inquiries. Changes in professions, the rise of ecology as a branch of science, and the growth of the environmentalist movement have meant that the positions and players are not the same in contemporary debates over fire management in Victoria, but the political furores following the 2003 Canberra and Alpine fires or the 2009 Black Saturday firestorm show loud echoes of the arguments held before Judge Stretton in stuffy country courtrooms.

Disasters challenge us. They challenge the way we make sense of the world around us. Those affected by tragedy, those seeking to prevent future tragedy, even those with sincere or cynical motives to argue for or against policy measures in the wake of tragedy, all may turn to history for parallels, explanations, or strategies. Judge Stretton wrote of Black Friday that “Men who had lived their lives in the bush went their ways in the shadow of dread expectancy. But though they felt the imminence of danger they could not tell that it was to be far greater than they could imagine. They had not lived long enough. The experience of the past could not guide them to an understanding of what might, and, happen.”

This January it is well worth reflecting on the bushfires of the past, and on the importance of history for understanding our interactions with the Australian environment.

Griffiths, Tom. “We Have Still Not Lived Long Enough.” Inside Story, February 16, 2009. http://insidestory.org.au/we-have-still-not-lived-long-enough/.

Daniel May is a PhD Candidate in the School of History, ANU. His research focusses on the politics of Indigenous burning in Australia and the Western United States.