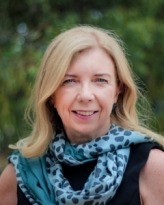 Position: Director of the Research Centre for Deep History
School and/or Centres: School of History

My current interests are deep history in global context, spatial history and scale. I have a longstanding interst in the history of gender and colonialism, the history of Indigenous relations and intermarriage in Australia and North America. My latest project is 'Rediscovering the Deep Human Past: Global Networks, Future Opportunities'. My publications include 'Illicit Love: Interracial Sex and Marriage in the United States and Australia' (University of Nebraska, 2015) which won the NSW Premiers History Prize and 'Born in the Cattle' (Allen & Unwin 1987), winner of inaugural Hancock Prize. I am interested in presenting scholarly history in a range of genres. Exhibitions curated include one on Women and Childbirth during the Federation era and one on International Outlaws as national heroes. I produced the film 'A Frontier Conversation' (Wonderland Productions, Ronin distributors, 2006) and with Andrew Pike, co-directed and produced the prize-winning 'Message from Mungo' (Ronin, 2014); I have worked as an advisor on various television and film projects. My consultancy and outreach work have included co-ordinating the history project of the Royal Commission into Aboriginal Deaths in Custody, working as an expert witness in the Gunner & Cubillo case and on various Northern Territory land claims. I was accepted as a Fellow of the Academy of Social Sciences and the Academy of Humanities was awarded Membership of the Order of Australia Medal (AM) for services to history, especially Indigenous history. My work has also been recognized by the award of the Inaugural W.K. Hancock prize, the Human Rights Award for non-fiction, the John Barrett Prize, the Archibald Hannah Junior Fellowship at the Beinecke Library, Yale, Membership of the Institute of Advanced Study, Durham and Membership of the School of Social Sciences, Institute for Advanced Study, Princeton, a Rockefeller Foundation Scholarly Residency at Bellagio, an Honorary Doctorate at Linneaus University, Sweden and the 2017 Kathleen Fitzpatrick Australian Laureate Fellowship.

Through researching the Indigenous histories of selected sites in New South Wales and Northern Territory landscapes, this project will investigate the social and environmental links that create historical 'highways' of understanding, including song-lines, tracks, exploration, trade, pastoral and tourism routes.  By researching written texts, art, film and sound evidence, this project will develop innovative models for comprehensive, indigenous and landscape-focused historical interpretation.  Bringing together a unique interdisciplinary and industry team, its publications, pod-streaming and other history delivery strategies will deepen understandings of internationally significant Australian landscapes.

2007      Order of Australia Medal OAM for services in Indigenous history

2002      NSW Department of Education Award for Births of a Nation.

1988      W.K. Hancock Prize for history- Inaugural Award of the Australian Historical Association. (for Born in the Cattle: Aborigines in Cattle Country)