Reflecting on the 250th Anniversary of Captain Cook with Maria Nugent 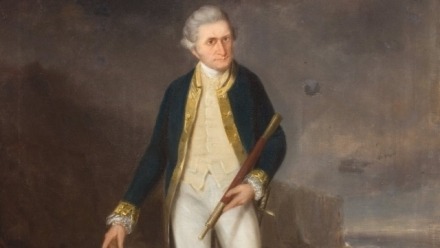 As April 29th 2020 marks the 250th Anniversary of James Cook’s arrival to Australia, Dr Maria Nugent, Co-Director of The Australian Centre for Indigenous History has written multiple articles that reflect on this event with the crucial insights from aboriginal Australians.

Maria has written and contributed to many articles in relation to this anniversary, including her piece, ‘A Failure To Say Hello: How Captain Cook blundered his first impression with Indigenous people’ in which she highlights the representations of Cook in the government-sponsored commemorations do not correlate to the experience of Australia’s first people. You can read her article here: https://theconversation.com/a-failure-to-say-hello-how-captain-cook-blundered-his-first-impression-with-indigenous-people-126673

Also posted this week, this time on Inside Story, Maria’s article ‘Virtually Captain Cook’ covers the more recent history surrounding Cook, and how in recent past there has been a much more pronounced animosity from some which resulted in ‘statue wars’ where statues of the explorer were covered in paint. Maria talks of our current prime minister, Scott Morrison and his stand point and views of Captain Cook and the funding and plans to commemorate the 250th anniversary that have since fallen through given the current pandemic. The National Museum of Australia has since moved their plans online, you can view the exhibition Endeavour Voyage: The Untold Stories of Cook and the First Australians here: https://www.nma.gov.au/exhibitions/endeavour-voyage

Her piece posted on The Conversation was also picked up by ABC News. In the article ‘Early Indigenous Accounts of Captain Cook Paint a Different Picture to History’ Maria writes about the misconception that to the local Indegenous people ‘the arrival of a shipload of British men…would have been preserved - even treasured – over time.’ You can read her full article, here: https://www.abc.net.au/news/2020-04-26/indigenous-oral-accounts-of-captain-cooks-arrival/12183584

And finally, you can see a great interactive piece which Maria contributed to on The Conversation, Here: https://theconversation.com/explorer-navigator-coloniser-revisit-captain-cooks-legacy-with-the-click-of-a-mouse-137390