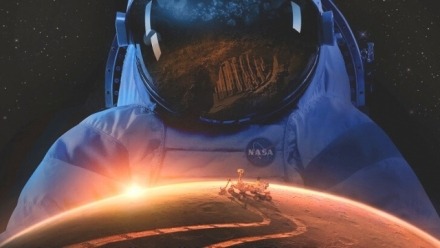 Dr David W. Kim from the ANU School of History has been appointed as an innovative recipient of international research funding ($87,000) contributed by the National Research Foundation of the Korean Government over a three year period (2022-2025).

As science and technology are ready to send humans on inter-planetary space exploration, the Principle Investigator, along with Dr Tara Smith (University of Sydney), will explore the environmental factors for a healthy lifestyle (well-being) of the space community during the Mars round-trip period (2.5-3 years). In particular, the aim of the research is to analyse the mental countermeasures of astronauts under stress, emotion and perception factors, with the improvement of human vitality as a new strategy of psychological policy. How would the long Martian space travel duration affect the mental condition of professional travellers, coming from all different socio-cultural backgrounds? How can the space community keep safe from psychological obstacles, such as confinement, depression, conflict, resentment, bipolar disorder, obsession and (drug, alcohol, sexual, or game) addiction?

The prosocial character and potentiality of an astronautical religion, beyond human intelligence and artificial intelligence, is logically theorised as a psychiatric anchor in a moral, ethical, dedicational or self-sacrificial context for the safety and internal stability of each team member, especially in the case of crises where science and technology fail its general function. In cooperation with the Human Research Program of the Johnson Space Centre (Houston), NASA, this research, as an alternative, proposes a new hypothesis in the science of mind that the competence of spirituality can cooperate with the systematic and efficient diagnosis for mental stability in the aspect where crews can naturally refresh the stressed mind during space missions.