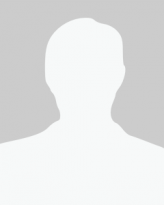 Professor Lawrence Goldman held a Visiting Fellowship at the National Centre of Biography from 26 January to 25 March 2012. He was a Fellow and Tutor in History at St. Peter’s College, Oxford, and Editor of the Oxford Dictionary of National Biography. Professor Goldman’s publications include Science, Reform and Politics in Victorian Britain: The Social Science Association 1857-1886 (CUP, 2002) and Dons and Workers: Oxford and Adult Education Since 1850 (OUP, 1995). He edited the collection The Blind Victorian: Henry Fawcett and British Liberalism (CUP, 1989) and has published articles in journals including the English Historical Review, Past and Present, and The Historical Journal. He came to the NCB to work on his biography of the British socialist, educationist and historian, R. H. Tawney, and to compare notes with Melanie Nolan and the staff of the Australian Dictionary of Biography in his capacity as the Editor of the Oxford Dictionary of National Biography, the compendium of biographical information on 58,000 figures from British history.

He gave three seminars to ADB staff in which many aspects of both biographical dictionaries – academic, administrative, technical and promotional – were discussed and compared to mutual advantage. He also gave one of the weekly departmental seminars to the ANU historical community on ‘The political thought of R. H. Tawney’ and attended all of the others during his period as a fellow. He made valuable contact with several of the faculty in History including (in addition to Professor Nolan), Pat Jalland, Frank Bongiorno, Barry Smith, and Kynan Gentry with whom he shares research interests. He was also able to assist two doctoral students in the department working on topics in modern British History, both of whom visited him later at Oxford. His biography, The Life of R. H. Tawney, was published the next year (London, Bloomsbury Academic, 2013). In October 2014, Dr Goldman became the Director of the Institute of Historical Research at the School of Advanced Study, University of London. He has been editor of the Oxford Dictionary of National Biography since 2004, in which post he will be succeeded by Sir David Cannadine.